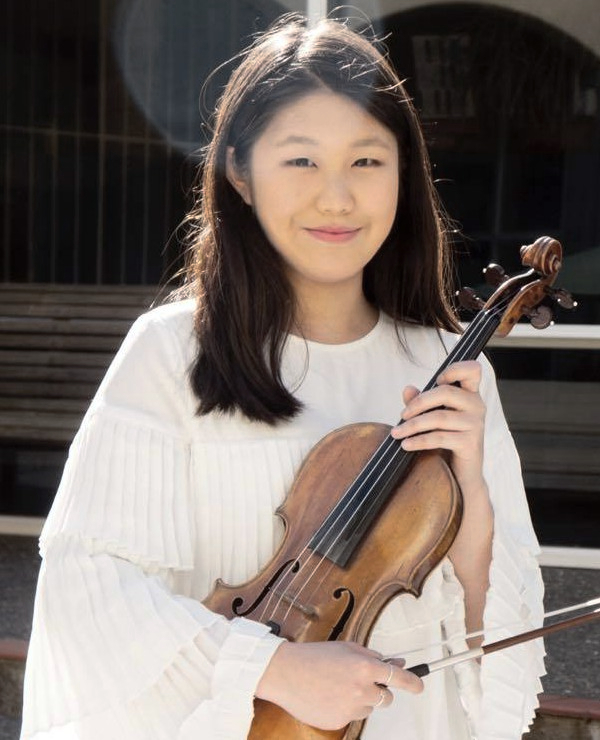 April will be based in New Zealand until at least late 2021, due to complications arising from the COVID-19 pandemic. She will be available for both in-person and Skype/Zoom lessons in Harewood, Christchurch. Prior to the above, she was studying for a Master of Arts at the Royal Academy of Music, University of London. April has a wealth of experience with both Violin Performance and pedagogy, and looks forward to passing on her knowledge to prospective students.

April has appeared as soloist with the Auckland Philharmonia Orchestra, and the University of Auckland Symphony Orchestra. Her performances have included venues such as St Martin-in-the-Fields, St. James’ Piccadilly, and the Edinburgh Festival Fringe. April was awarded a Dame Malvina Major Auckland Arts Excellence award in 2019, and in the same year was selected as the Concertmaster of the NZSO National Youth Orchestra. She has also recorded with the Atoll Label.

April is currently a Scholarship student at the Royal Academy of Music, where she is in the studio of Professor Rodney Friend; former concertmaster of the New York and London Philharmonic Orchestras.

Passionate about Chamber Music and Orchestral Playing, April was the winner of the 2017 Pettman/Royal Overseas League Chamber Music Scholarship, the NZCT Chamber Music Contest in 2014, and the University of Auckland Chamber Music Competition in 2015. She has performed as part of the New Zealand Symphony Orchestra and the Auckland Philharmonia Orchestra. April has participated in masterclasses with Baiba Skride, Robert McDuffie, Anthony Marwood, and David Takeno, amongst others.

April performs on a Ceruti violin (Cremona, 1846) on generous loan from the Royal Academy of Music. She is grateful for the ongoing support of the Dame Malvina Major Foundation.

I aim to provide students with tuition in a fun and enriched musical environment, with an emphasis on correct technique and posture. Lessons will be tailored individually to the pupil, and students can expect to gain the necessary skills to achieve their musical goals.