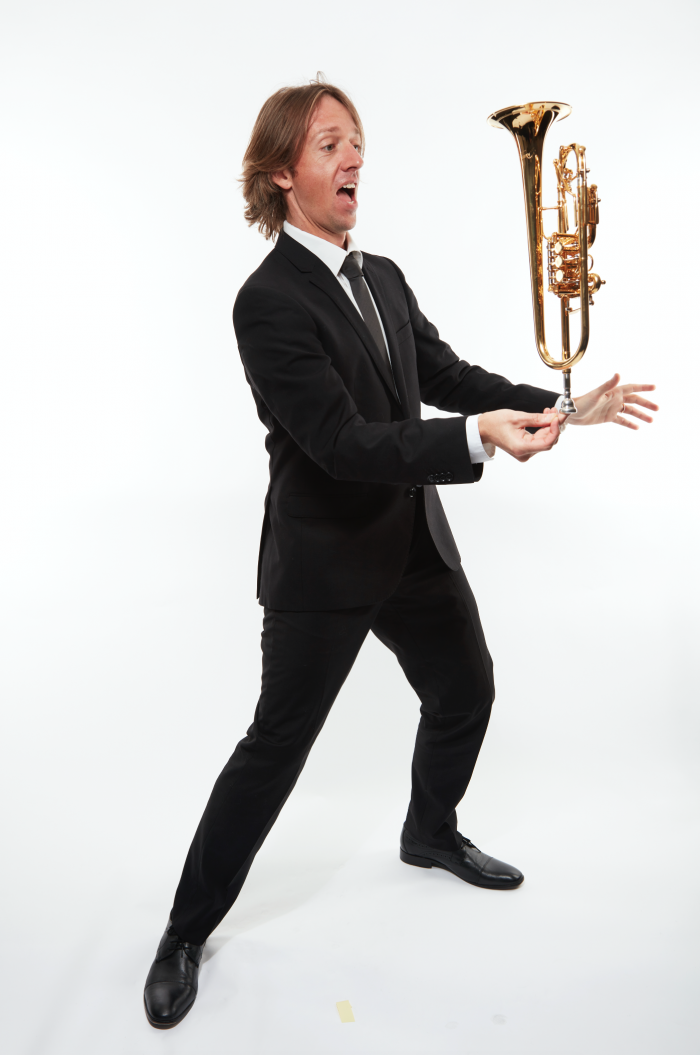 Barretts studio The Tooting Tribe is based in Christchurch (NZ) at The Piano, 156 Armagh st, and also available Online.

He teaches Trumpet at University of Canterbury, and various Primary and Secondary schools around the Canterbury region. Previously Barrett has been an artist teacher at the New Zealand School of Music, Victoria University, Wellington.

Graduating with a Masters Degree in Performance trumpet at the Royal Academy of Music, London Barrett is qualified with a LRAM (Licentiate to the Royal Academy of Music in Brass Specific Teaching) to guide students through graded examinations, including Trinity Collage, ABRSM and NCEA. Barrett is a skilled and experienced musician with many ensembles, styles and experience to his credit.

Barrett is Yamaha Artist and Sshhmute Endorsee, and he performs regularly for the Christchurch Symphony Orchestra, and around the globe with double platinum selling group The Black Seeds. Barrett is also Principal Trumpet of Orchestra Wellington.

Improve your playing with one-on-one Brass coaching by joining our Tribe!

Online lessons and One-on-one lessons are available, no matter where your location is, we can make it happen.

My philosophy on brass education is catered for each individual, we may all have similar goals, but there are generally different roads to achieve them and I am here to guide you the most efficient way possible.

Whether you are starting from scratch, wanting to learn to read music, attain a grade exam or just simply create music for fun. Brass lessons are available to students of all ages and levels.

A variety of Brass Instruments are also available for rent.

Barrett is a considerate teacher who 'walks the talk' by performing professionally which his students can easily access.  He is passionate about sharing his knowledge of music with his students, and is committed to ensuring the key building blocks are well learnt before progressing students to more challenging music.  While Barrett works to a training schedule for each student, he also takes advice from the school's music department on music which may continue to motivate the student in addition to the pieces he sets.  He is keen to collaborate to ensure music is fun and varied depending on the interests of each student.

Barrett has been a fantastic trumpet teacher for our son.  Barrett has not only given him a solid foundation in trumpet playing and successfully guided him through both practical and theory exams, but he has also nurtured a joy of music which will is a lifelong gift. Barrett is a great communicator and is kind and funny, pitching his lessons perfectly to the skill level and personality of his pupils. I cannot recommend him highly enough.

I feel very fortunate to have found Barrett as a teacher. Having never taken any form of music lessons and trying the trumpet for the first time late last year, I have thoroughly enjoyed my lessons and look forward to them each week. Barrett is so positive and has taught me how to read sheet music and challenged me throughout the year, even supporting me to undertake my first grade exam. Barrett is always warm, patient and really encourages students to practise and develop and I could not recommend him enough!