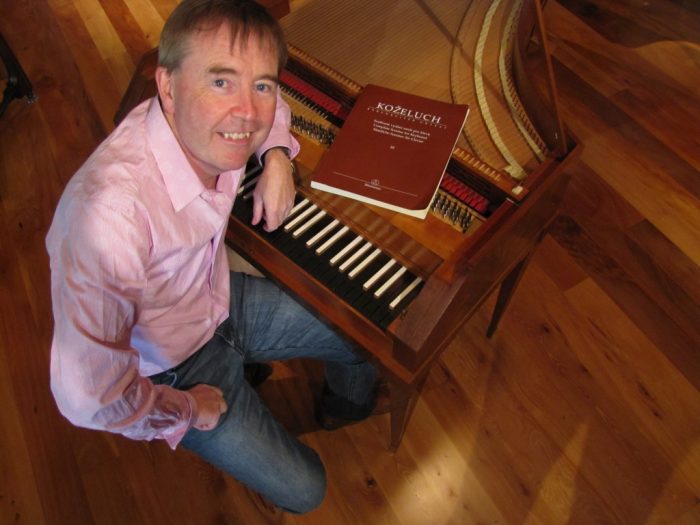 Dr English is available to teach piano and organ at all levels and age groups. He can also offer consultation lessons for players interested in exploring aspects of style and Historical Performance Practice on the fortepiano and harpsichord. Over the years his students have gained distinctions in all the grades of both ABRSM and Trinity London and he has coached many successful diploma students in piano and organ.

After a distinguished and prizewinning studentship at London’s Royal Academy of Music, Kemp was invited to become a tutor in the RAM’s Junior Academy. Following posts in schools and tertiary education in the UK and Switzerland he immigrated to New Zealand in 1994. From 1994 – 2005 Dr English was University Organist and Executant Lecturer in Piano, Organ, Fortepiano and Harpsichord Performance at the University of Otago and conjunctly Organist at St Joseph’s Cathedral and Knox College. In 2005 he relinquished his university, cathedral and private teaching posts and moved to the Tasman region to concentrate on his increasingly hectic international performing and recording career. In recent years he has given Masterclasses in the UK, China and Australia. These rewarding experiences have rekindled his commitment to support the next generation of up-and-coming keyboard players.