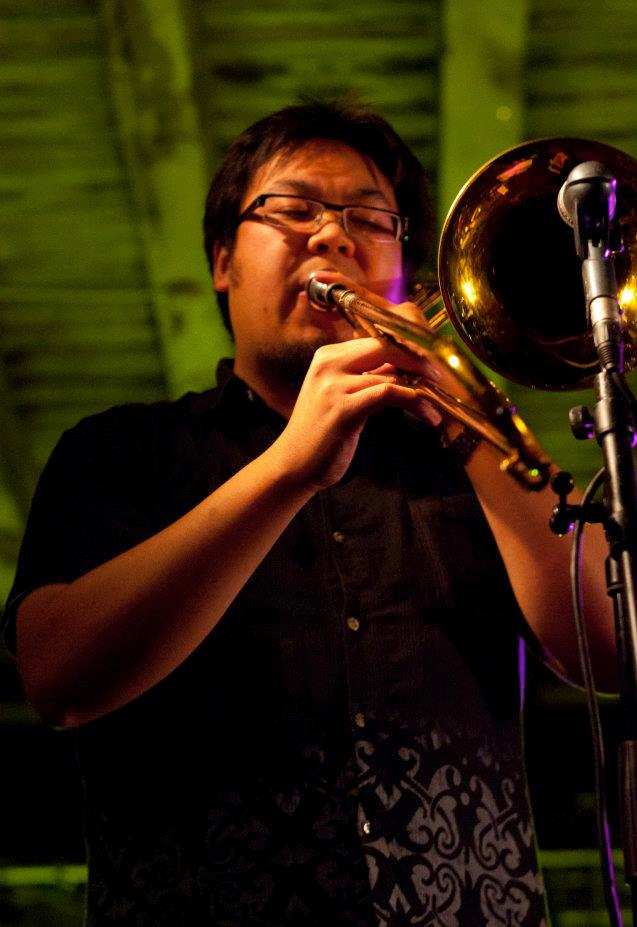 Jonathan Tan is a graduate of New Zealand School of Music where he studied Jazz Performance Trombone and was a recipient of both the Massey University High Achievers Scholarship in Arts and a Bonded Merit Scholarship for Achievement in Jazz Performance. Jonathan currently enjoys performing, touring and recording as a freelance trombonist, and teaching brass and tutoring bands both privately and at a number of Auckland schools.

Jonathan also enjoys musical theatre and has performed in pit orchestras and show bands for productions of Chicago, Cabaret, The Full Monty, Hairspray, The Hot Mikado, Miss Saigon, Phantom of the Opera, The Producers, Seussical, Spamalot, Urinetown, as well as three productions of both Les Miserables and West Side Story. Jonathan was also the trombonist for Auckland Theatre Company’s 2014 production of Jesus Christ Superstar (sponsored by Kensington Swan) and their 2015 production of Guys and Dolls (sponsored by Audi).