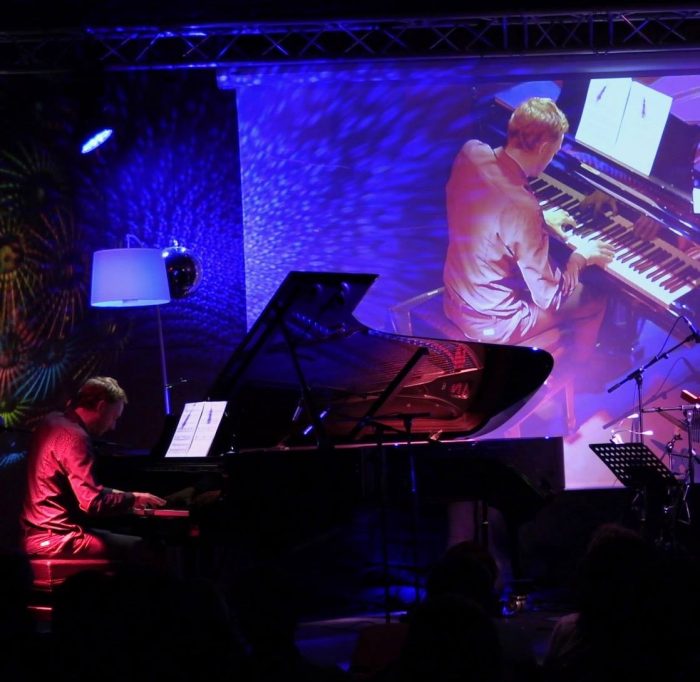 With a classical background in piano and cello, Duncan studied jazz with the very best of his native New Zealand at Massey University, Wellington.

The following years found his arrangements on the multi-platinum selling pop albums of Bic Runga and at huge outdoor events such as Symphony Under the Stars in Auckland and the official millenium celebrations in Wellington. He then spent 8 years based in London, performing all over the U.K. and Europe including at Ronnie Scott’s, Pizza Express Dean St, Wembley Stadium, Lords, Queens Club, Blenheim Palace, jazz festivals in Warsaw, Portugal, Ireland, the Netherlands and rock festivals such as Bestival on the Isle of Wight.

After a stint playing rock and blues in Lousiana, USA he moved to Lima, Peru where the music of South America captured his imagination. Having performed there with world class artists such as Susana Baca, Eva Ayllon and Andres Prado it was time for a return to Europe, this time based in Paris, where he established a world music/jazz hybrid project Cuarteto Imaginario  in 2017.

Duncan has recorded regularly throughout his career with 5 studio albums to his credit and many others as a sideman across very different genres.

Recently returned to Aotearoa after 20 years abroad performing and teaching, Duncan has a wealth of experience and material to share. In this time he has taught at universities, conservatories and high-schools in the U.K., Peru and France.

With a comprehensive methodology based on the proven pedagogical principles outlined in his book on the subject – Mastering the Practice of Music – Duncan is appreciated for his ability to motivate and encourage while also opening new possibilities for students; the goal being to unlock their potential, at the same time as developing a heightened passion for music and for lifelong learning.