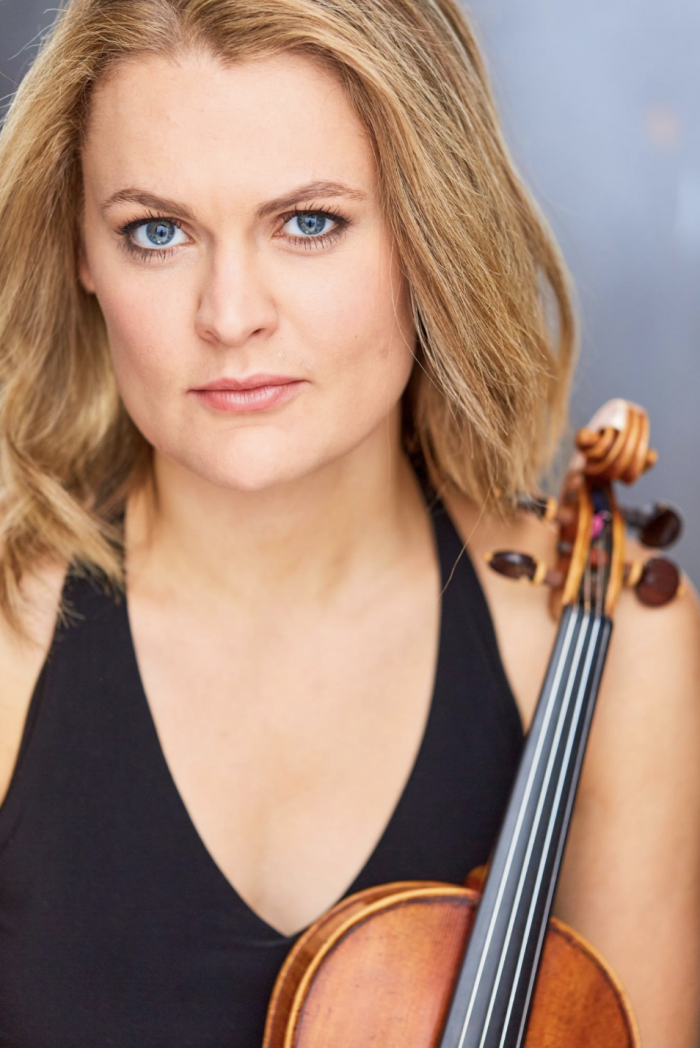 Lydia Sewell is a Kiwi-American violinist from Madison, WI. Currently a substitute violinist for the Auckland Philharmonia Orchestra in New Zealand, Ms. Sewell, previously was an Associate Member of the Civic Orchestra of Chicago and has played with the Pittsburgh Ballet, Wisconsin Chamber Orchestra, Illinois Philharmonic, Illinois Symphony, South Bend Symphony, Quad City Symphony,Wheeling Symphony, Johnstown Symphony, and Westmoreland Symphony Orchestras. Ms. Sewell made her solo debut in 2009 with the Wisconsin Youth Symphony Orchestra, performing the Barber Concerto as a winner of their concerto competition. She recently made her West Coast concert debut performing a commissioned work by Townsend Losey with the Los Angeles based choral ensemble, Ensoma.

In 2017, Ms. Sewell received her Masters in Violin Performance on full scholarship from Duquesne University in Pittsburgh, where she served as both Concertmaster and Principal Second. In 2011, she received her Bachelors in Violin Performance from Azusa Pacific University in Los Angeles, where she served as Concertmaster for the University Choir and Orchestra and Principal Second in the APU symphony. Ms. Sewell has studied with Gene Purdue, Alex Russell, Lorenz Gamma, and Rachel and Charles Stegeman, and has had master classes with Ilya Kaler, Hagai Shaham, Soh-Hyun Altino, Henning Kraggerud, and Rachel Barton Pine.

As a non-classical violinist,  Ms. Sewell is experienced in many styles, from rock to Celtic and world music. She has recorded and performed with a number of indie bands in Los Angeles. In 2012, she joined the band Branches for their concert tour up the West Coast, and earlier that year played for the alternative indie bands Sleeping At Last and Sucré at the ABC and MTV Networks. She has also performed with Mark Wood at the Gathering on the Green concert series in Mequon, WI, as well as with the Trans-Siberian Orchestra during their East Coast tour of The Ghost of Christmas Eve, and Evanescensceat the Chicago Theater. Ms. Sewell has studied Scottish fiddling with David Gardner and Melinda Crawford at the Strathgheny School of Scottish Fiddling in New Wilmington, PA. In 2013, she played alongside Indian Carnatic musical artist N. Muralikrishnan “NMK” in Walt Disney Concert Hall as part of the sixth annual Los Angeles International Music Festival.

Ms. Sewell’s interests extend well beyond violin playing to singing, theater, and film acting. As a member of the Azusa Pacific University Chamber Singers, Ms. Sewell won first place for both Classical and Folk music in the 2013 International Choirs of the World Competition in Spittal an der Drau, Austria. As an actress, she has played leading stage roles at the performing arts festival Masterworks in Indiana and studied film acting at the John Kirby Studio in Los Angeles. In 2016, Ms. Sewell starred in the short film “Fantasy in D Minor” which premiered internationally at the 2018 Cannes Short Film Corner, San Luis Obispo Film Festival, and won Best International Short at the Oxford International Film Festival. Currently, she is represented by Gail Cowan Management, in Auckland. Passionate about the future of music, Ms. Sewell also maintains a blog, “A View from the Stage,” which features the perspectives of world-renowned Classical musicians and their thoughts on the future of classical music. (https://www.lydiasewell.com/aviewfromthestage )

I believe every student is capable of excelling artistically, technically and musically if they possess curiosity and discipline. My goal as a teacher is to foster this curiosity and discipline through making the student become aware of their mind, body and sound. Once a student can be aware of these interdependent elements, they start on the path to becoming their own teacher. I teach students of all ages, ranging from 5 years old to 60 years old, though my specialty is teaching students 10 years and up.