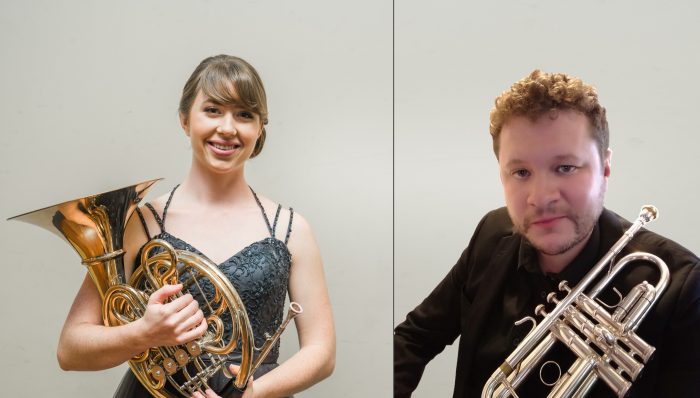 Natalie Paine is an accomplished horn player, brass tutor and youth ensemble director.
She completed her Bachelor of Music with Honours on French horn at the prestigious Elder Conservatorium in Adelaide during 2016. She won an Elevate Mentorship from the Helpmann Academy in 2017 and completed further post-graduate studies at the Griffith Conservatorium in Queensland during 2018. Natalie directed multiple youth bands in South Australia and is currently employed as a full-time Musician with the Royal New Zealand Navy Band.

Having several years of music teaching and coaching experience in New Zealand and Australia, she is highly valued for her skills as a specialist horn teacher.

Orson Paine is an experienced educator and professional performer. He currently teaches trumpet and trombone at a number of schools around Auckland, including ACG Parnell, Rosmini College and Birkdale North Music Centre. He has previously conducted a number of ensembles, most notably as the former Musical Director of the Onkaparinga City Concert Band in South Australia.

Natalie and Orson’s teaching style is grounded in technical foundations aimed to provide the best start to anyone’s interest in instrumental music – regardless of age.

All students are expected to practice regularly and take ownership of their ability to do their best.