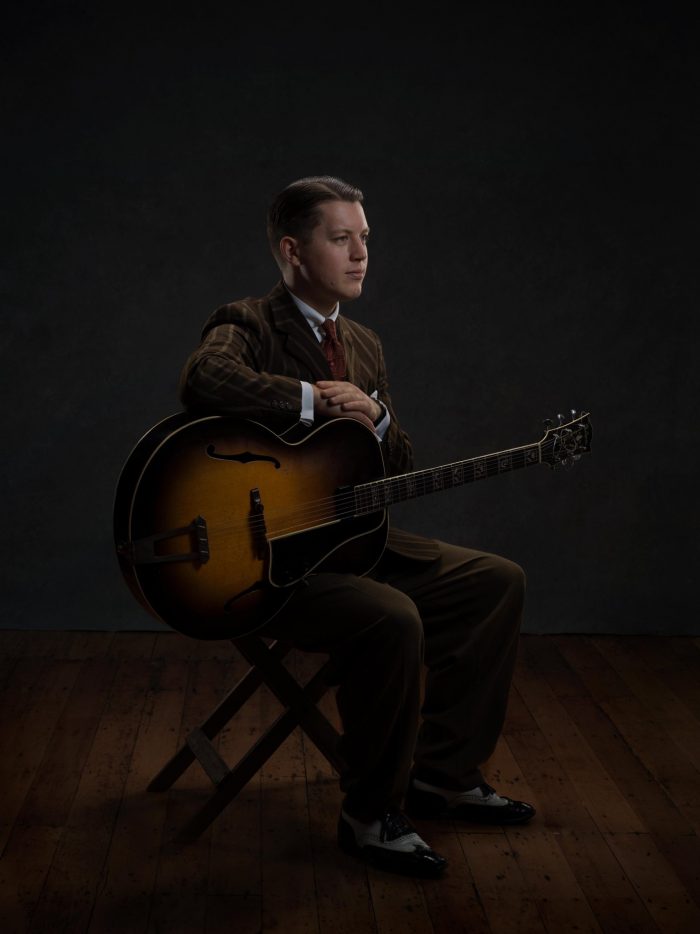 Alex is a jazz guitarist, banjo player and composer. He graduated from Te Köki New Zealand School of Music is 2018 (BMus First Class Hons) and specialises in Swing and Bebop playing.

Alex has been teaching & performing in Wellington and London respectively for the past couple of years. Around Wellington he performs regularly with various groups, including the Wellington City Shake ‘Em On Downers, Ambassadors Of Swing, It’s Uptown, as well as groups under his own own name, spanning from guitar trio to 12pc. large ensemble. He released his debut album ‘Portrait’ in 2019 featuring original compositions, with another ‘Les Charmants’ being released soon.

Having taught younger students at the NZSM Young Musicians Programme as well as mature students, Alex understands the varying needs of different students and will dedicate time and energy into moulding lessons around the interests, goals, and abilities of the individual. He aims to create a dynamic and motivating environment to allow the student to follow their own musical path and learn as effectively as possible.