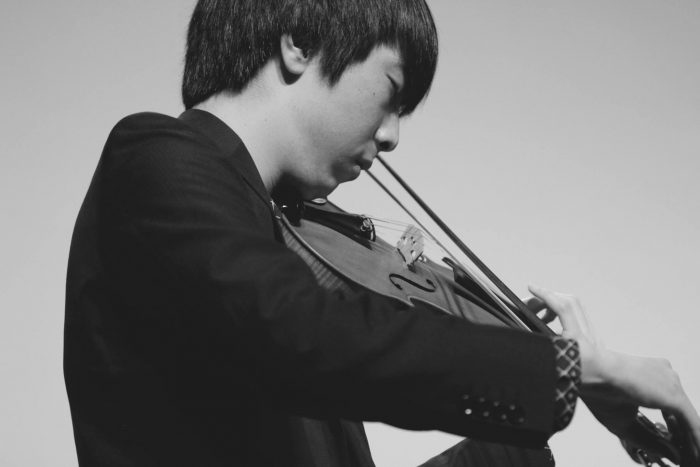 A little bit about myself:

Shauno is a New Zealand born and raised Japanese violinist/chamber musician. Soon after his graduation at the university of Auckland he quickly gained international attention through tours and invitations for concert performances in numerous countries over the globe and national tours under Chamber Music New Zealand. He is also the founding member and leader of the Mazzoli Trio.

His recent tours include the Tsunami Violin Concert Tour held in New Zealand which attracted a full house audience in the Auckland Town Hall Concert Chamber. This was a 100% charity concert tour presented by Shauno and older brother and pianist Kent Isomura, dedicated to the victims of the 2011 Japan Earthquake and Tsunami which featured an all Japanese composer programme. The tour in New Zealand was followed by tour in Japan which was held in Tokyo, Hokkaido, Yamada-machi, Naoshima, and in the Okayama Renaiss Hall where they performed a joint recital together with Hiroko Kondo – Concert Mistress of Okayama Philharmonic Orchestra.

Shauno has also toured with Chamber Music New Zealand in 2016 as the leader of the Pettman Quintet alongside the New Zealand String Quartet in the Quintessence tour and then in 2018 touring as the Mazzoli Trio. He was most recently engaged as an official residency artist at the Capital Normal University Conservatory of Music, South China Normal University School of Music and South China University of Technology School of Music, holding multiple seminars, workshops, masterclass, and performing recitals of music by Japanese, Chinese and New Zealand composers.

He is currently working on a series of albums in collaboration with modern composers – including acclaimed American Missy Mazzoli – an album featuring a collection of her string quartet and trio works, as well as a 2nd duo album with German virtuoso pianist Benyamin Nuss.

I am able to teach from beginner to advanced and as an experienced chamber musician I am also happy to teach chamber music ensembles.

Just flick me a message and we can discuss :)