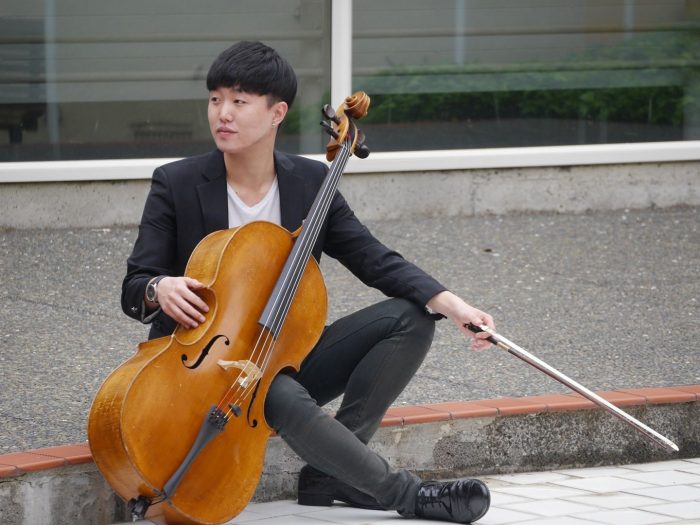 Paul Lee, currently Acting Associate Principal Cello of the Christchurch Symphony Orchestra, is an active performer and a music education advocate to the younger generation of musicians. Being a graduate from the San Francisco Conservatory of Music he has obtained a Master of Music degree in Cello Performance under the tutelage of Jean-Michel Fonteneau. Paul received his Bachelor of Music (Honours) from the University of Auckland studying under Edith Salzmann and Eliah Sakakushev von-Bismarck. He also considers Amos Yang, Assistant Principal Cello of the San Francisco Symphony as his mentor.

As an eager chamber musician, Paul has collaborated with many internationally-recognized artists which include violinists Jonathan Morton, Clio Gould, Elisabeth Kufferath and cellists Peter Hoerr, Ramon Jaffe and Alvin Wong. While playing alongside these professionals he was able to perform as the second cello and the cello leader in a chamber orchestra playing works from Brahm’s Sextet and Schoenberg’s Transfigured Night. In chamber music, he has worked extensively with Bonnie Hampton, Dimitri Murrath, Ian Swensen, Paul Hersh, Simon James and the Telegraph String Quartet. He was an invited guest to perform alongside the cello members of the Auckland Philharmonia Orchestra as part of their sanctuary concerts and also a member of the Auckland Cellists. He has also performed at the International Akaroa Music Festival several times as a chamber music artist.

Teaching music has been truly fulfilling for Paul as he enjoys the musical growth of his younger counterparts. With a private teaching experience of over ten years he has also been a cello and chamber music tutor at the Pettman National Junior Academy, Marshall Laing Music School and the Joyful Orchestra.

As a teacher I am very goal-oriented and it is my job to fulfill the needs of my students who are trying their best to achieve and find their own unique voice not only as cellists but as the full musician or artist.

For beginners, I like to use a combination of the Suzuki method and other etudes to help them build a really strong technical foundation. For my older adult students who have perhaps come to cello later in life, I like to introduce beautiful pieces and approach technical ideas through those. I incorporate Alexander Technique in my cello lessons to teach proper posture. It is important that students are aware of how the body moves and to use the whole body to get more out of cello playing which correlates to performing efficiently with no pain!

I can also prepare and teach students for NCEA performance exams, Grade exams, competitions, auditions for both Universities and professional jobs as well as coaching chamber music groups.

But, of course I understand that every student has their own development and musical journey. Therefore, my approach to lessons will be different to every student as I believe that each individual has a distinct discovery process on the way they listen, feel and express music. Ultimately, I would like to be a part of this journey of self-discovery through the passion and love of music!

I also teach via zoom or skype for those who would like to get lessons remotely.

Paul has really helped with my development as a musician. I passed my audition and performed in the NZSSSO this year and got accepted into the Specialist Music Programme at my school!

My son has been learning the cello with Paul for two months now. We feel really lucky to find such a wonderful teacher. Honestly cello is not an easy instrument, but my son still has strong desire to have the cello lesson, which totally because Paul is a softful, patient and friendly teacher. My son even wants to have the lesson two times a week. With Paul’s encouragement, he doesn’t realise how difficult the cello is. He enjoys every second of the lesson. As a mum of a beginner, I appreciate all of this.

My son has been studying cello with Paul for half a year. My son learns quickly and his interest is getting stronger and stronger. Paul's teaching is very serious, and his interaction with my son is also very strong. Correct his home-practice mistakes every class before teaching new content. My son likes Paul very much, because Paul is very patient, strict and pays attention to communicating with the children in class. We also watched Paul's performance during half a year of study, it was very exciting! We all feel that we have found a right cello teacher. Thanks again Paul for his dedication to my son.