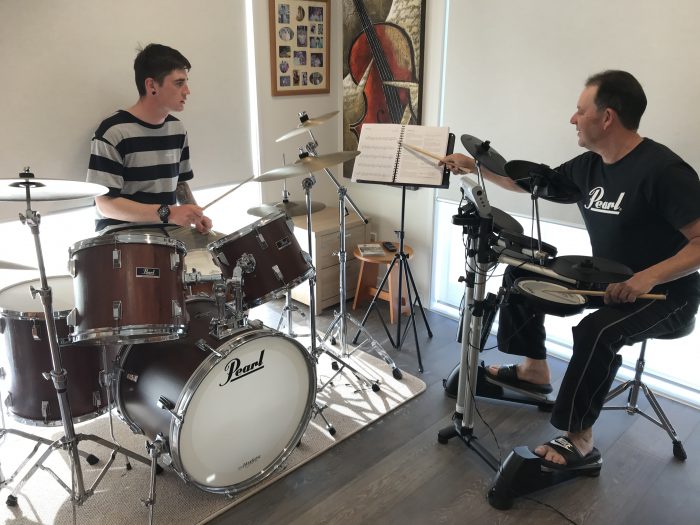 JP  specialises in teaching the Rockschool Drum Program which is Internationally recognised ! This program is optional but recommended as it offers exposure to many different genres of music, theory and play-along backing tracks.His current 13 Rockschool students all passed their exams,4 of them with Distinction !

His drum studio is set up so that he can play along with the student to develop tempo and feel as well as concentrating on technique.Learning to read drum music is not essential but is encouraged as it is a great asset to any drummer especially if wanting to play in a band or orchestra for musicals at school.

JP studied rock and pop music drumming at the Jamrock School of Music in Cape Town where he attained the Trinity Grade 8 Rockschool Certification in Drums with Distinction.He also played bass, tenor and side drum in the Cape Town Highlanders Pipe Band.

Upon arrival in New Zealand in 2008, he became a sought after drummer at the Hamilton Blues Club and was soon asked to drum with the Hamilton Big Band which further expanded his skills to swing and jazz drumming.Having recently relocated to Auckland, he  is currently playing in a ZZ Top tribute band, called NZ Top, in which he drums and sings.

JP is eager to pass on his learning and experience to future drummers and continue to learn himself in the process. He believes that discipline, practice and proper technique form a vital foundation to a successful and enjoyable drumming career, as well as having fun ! Playing drums is creative, intellectually stimulating and also good exercise.

A comfortable waiting room with Wifi is available to parents.

NB ! JP is now offering online lessons via Skype,Zoom or Messenger so now you learn from the comfort of your own home ! 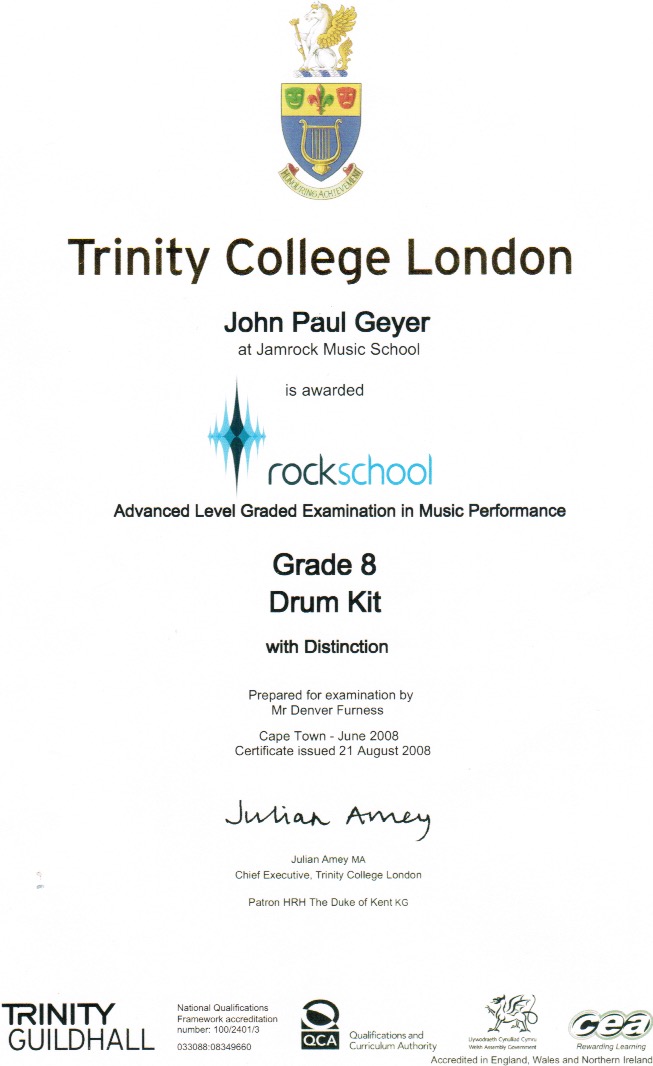